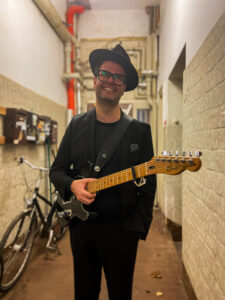 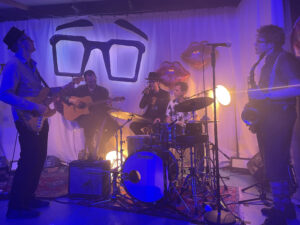 Johannes Gerstengarbe is a musician, producer and, most recently, singer-songwriter. DONT’ GIVE UP ON ME YET was released as his first 7-inch single in 2020. Written via video chat with his musician friend Dan Burns in Nashville, it deals with Black Lives Matter from the perspective of two white dudes. The B-side DEIN HERZ STEHT STILL (Your heart has stopped), talks about death while being accompanied by joyous New Orleans music in its second-line tradition. PERFECT and Lalala Lana Del Rey are feel-good summer songs.

After graduating from music college Johannes taught composition and guitar, worked as a writer for a local newspaper and established his own studio (Ballroom Studios). His time abroad in Nashville, TN, has had the most impact on Johannes’ career. In Music City, USA, which is known for its legendary studios, he quenched his thirst for knowledge and learned everything Tennessee had to offer about sound engineering and production. Here he met famous musicians – including Chester Thompson, drummer for Frank Zappa, Phil Collins and Genesis, who can be heard together with his son Akil on his single PERFECT. Grammy winning songwriter Femke Weidema has produced the first EP, starting with the just released track Tingeltangel Bob. Johannes still returns to Nashville as often as possible.

His musical inspiration is rooted in traditional American music. Gerstengarbe describes his songs as handmade pop: “Rough sounds with beautiful melodies.” For him, music is a way to express emotions. All emotions – he also deals with topics such as death and grief. Johannes sings his own songs, plays the guitar and leads an energetic band. He writes lyrics in his German mother tongue as well as in English. The title of the upcoming album TWO SIDES – ZWEI SEITEN reflects his musical identity, which is indeed two-sided: German by birth, American by choice.